When I wrote my post about the Colours of India, I realised that I have never written a post about the Taj Mahal.  I have included photos of the Taj in many blog posts, but it definitely requires one of it’s own.  So here it is: I took over 100 photos of the beautiful building, and here are my favourite.

The Taj Mahal is located in the city of Agra.  I didn’t know where in India it was, until we were planning our trip.  This all happened way back in 2008.  I had spent seven weeks in Nepal, and we were heading for two weeks in India before home.  The only place we knew we had to be was in Dehli to catch our flight two weeks later, so we set at planning two weeks in northern India.  Obviously, with a trip to see the Taj.  We had heard from lots of people that there wasn’t much to do in Agra, so we headed there for two nights.

We booked a guest house which promised a view of the Taj Mahal so upon arriving we raced up to the rooftop and were not disappointed… there it was.  I expected to be blown away by my first view of the Taj Mahal, but I wasn’t.  I don’t know why not, but it just didn’t feel that amazing to see it… but don’t worry, that feeling came later on and was more than I ever imagined it would be!  We went to bed that night and planned to go to the Taj Mahal the next day. 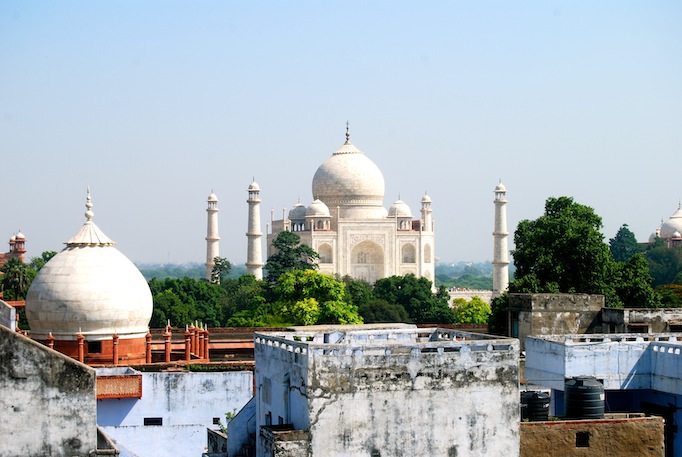 In Agra, you can buy a ticket which includes entrance to the Taj Mahal and Agra Fort so we went for that.  We wanted to see the Taj Mahal at sunset so we headed to Agra Fort first.  Again, we got to see a view of the Taj Mahal from afar, this time it felt more real, maybe because it was at more of an eye level.  It seemed to spread out more that I imagined it would. 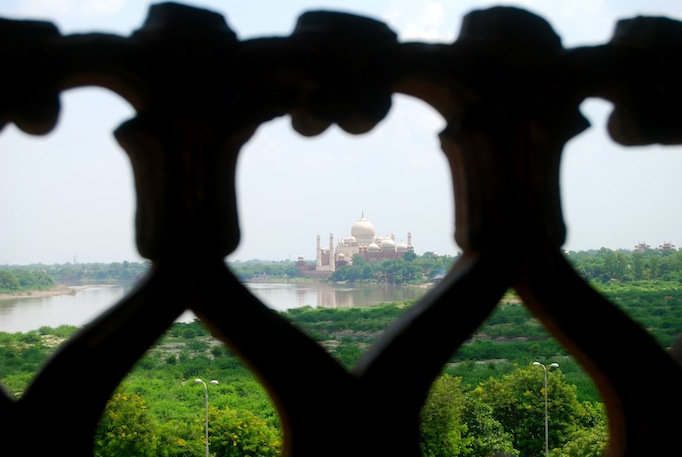 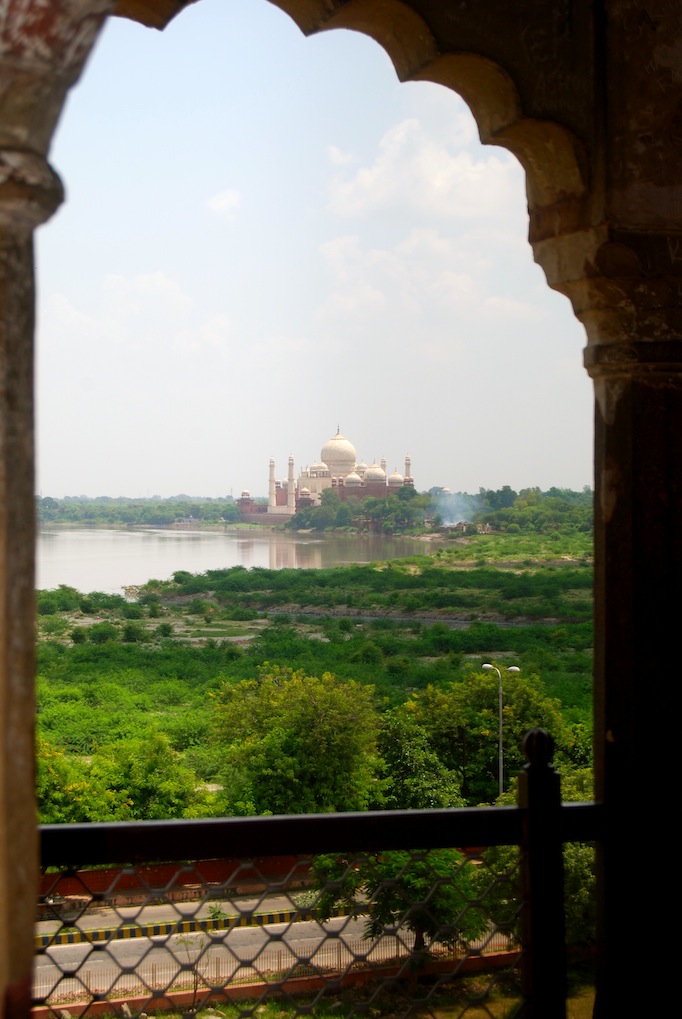 After Agra Fort we went back to the hotel with the view of heading out a few hours later to see the Taj.  But, we got impatient and went long before sunset. When you arrive, you see this stunning looking building which you head into. 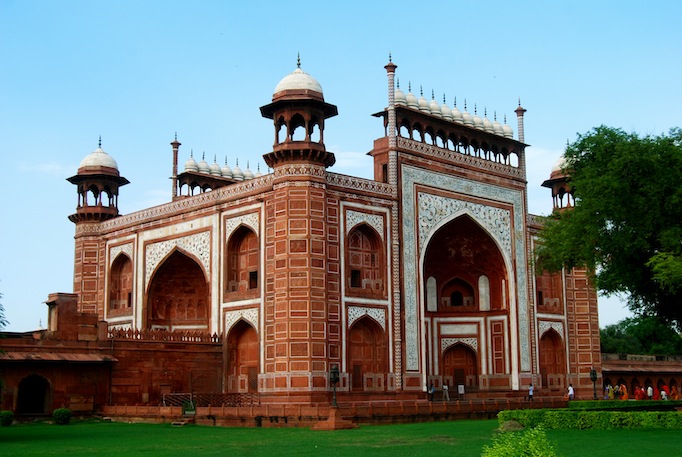 You see that arch?  Through there is the Taj Mahal. 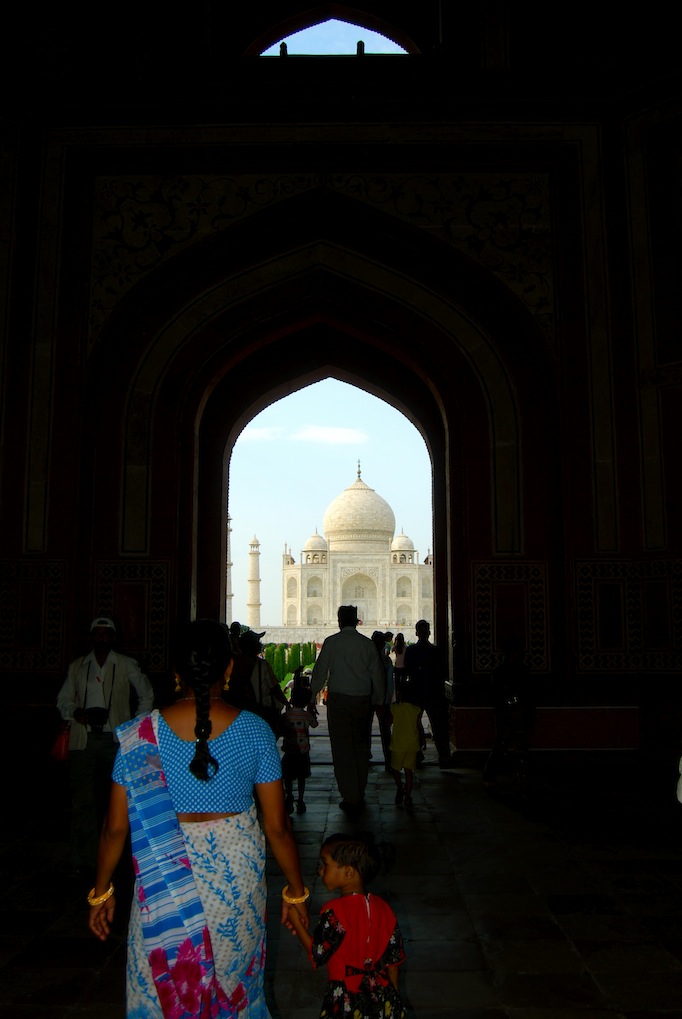 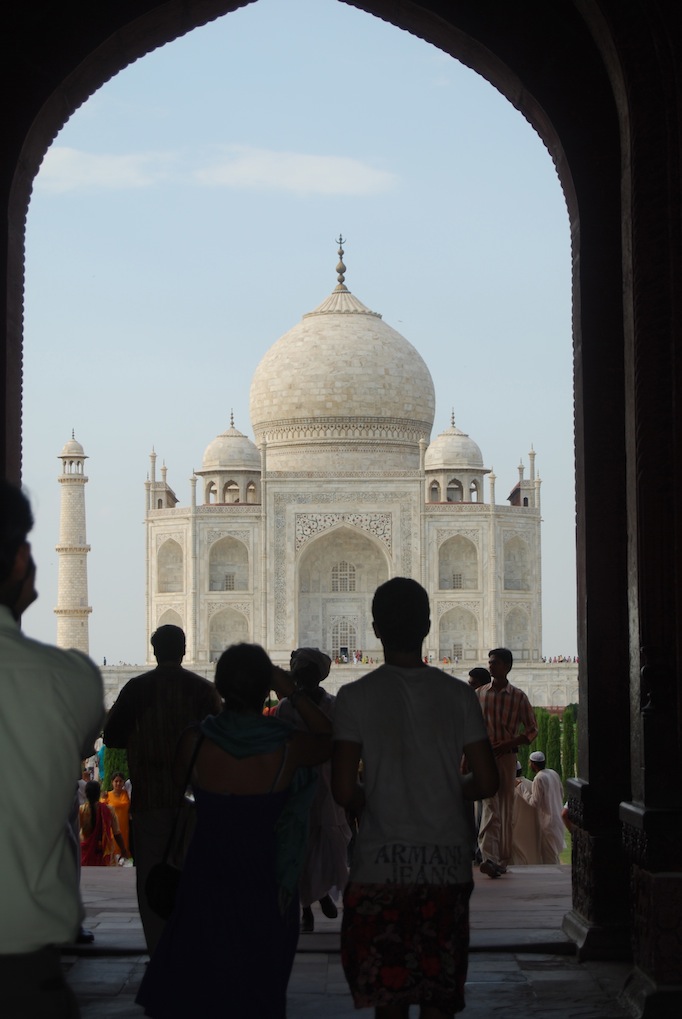 And then, through the arch.  There it was… the whole thing!

The next task, was trying to get the classic photo with nobody else in it!  I thought this would be impossible, but we managed it.  And, actually it was probably a blessing that we didn’t go at sunset because I think it would have been way busier! 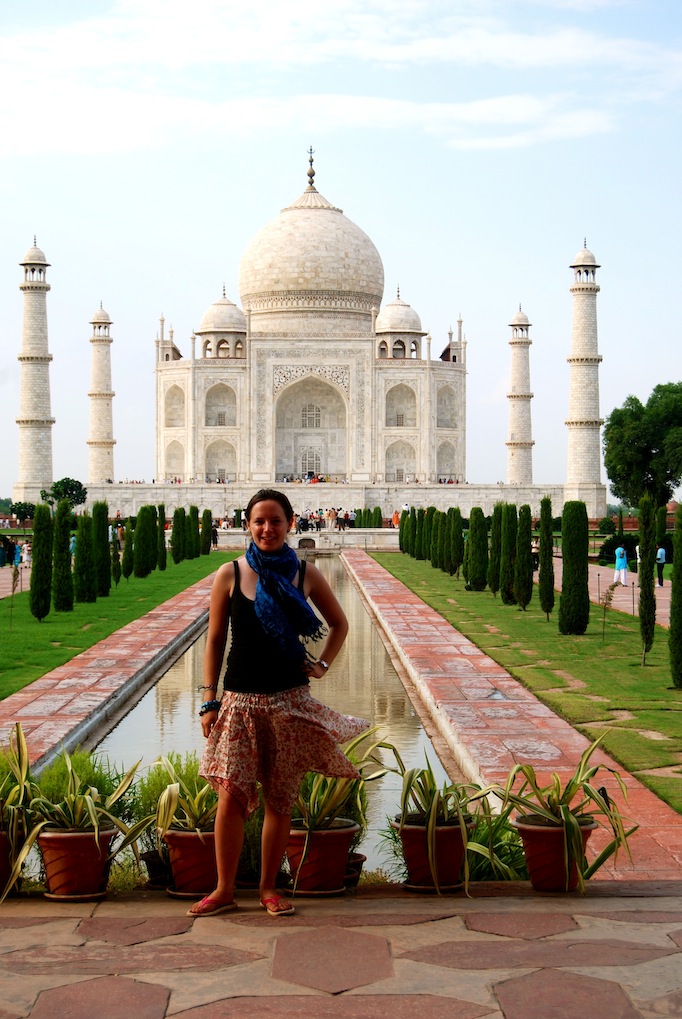 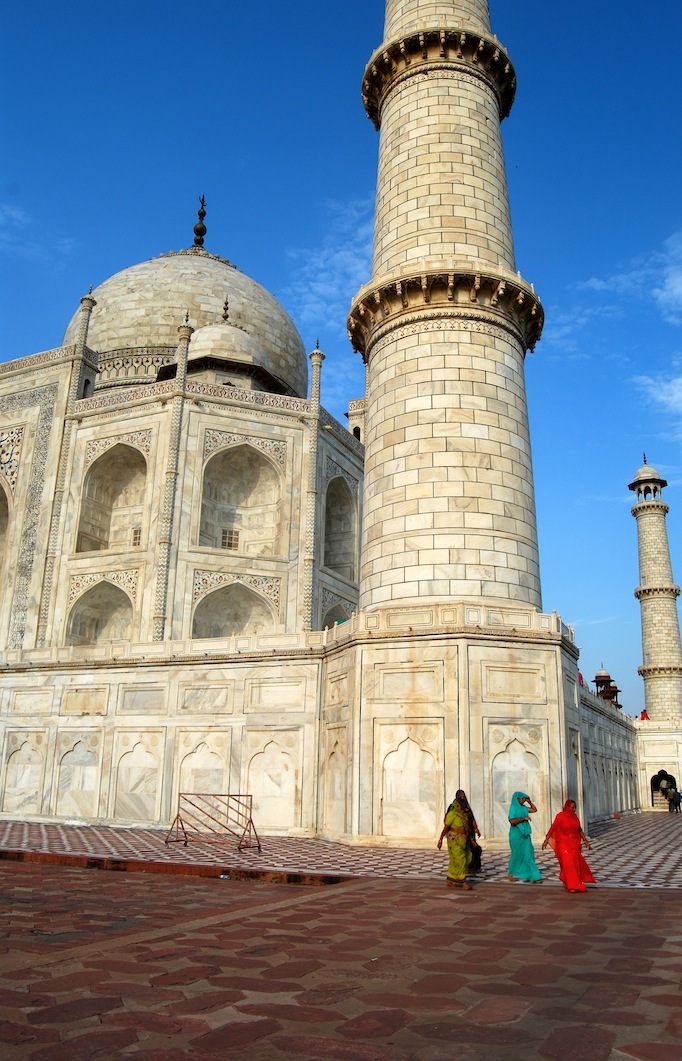 Camila and I are hosting a July Instragram challenge starting on Wednesday 1st.  Check out this post to find out more and link up 🙂

19 thoughts on “The Taj Mahal”